How to Know If a Last Will Is Invalid 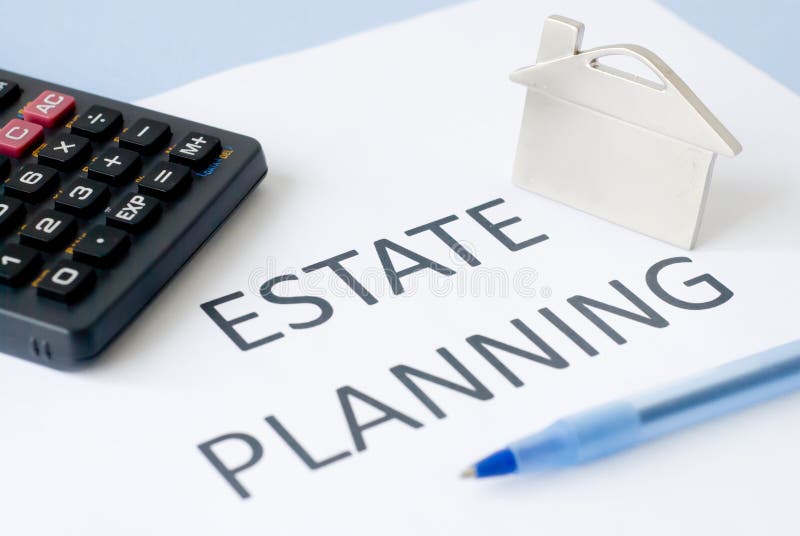 “When considering whether to contest a decedent’s Last Will and Testament, an individual should consider whether red flags might be present which may point to a successful basis to challenge a disputed Will.”

One of the many reasons an experienced estate planning attorney is the best resource for creating an estate plan, including a Last Will and Testament, Power of Attorney and Health Care Proxy, is the confidence of knowing your estate plan has been properly prepared. People who believe they know better than an experienced lawyer, often send their families into a legal, financial, and emotional black hole after they die. The article “Red Flags Indicating a Potentially Invalid Will” from The National Law Journal provides a closer look at why it pays to work with a professional.

When a decedent executes a new Last Will near the end of their life and makes a dramatic change to previous estate plans, there may be trouble ahead. When this is the case, several issues need to be examined to ensure that the document is valid. Strong consideration must be given to whether the person had sufficient capacity to execute the document.

When a person is suffering from an illness or near death, they may be susceptible to the improper influence of people who may cause them to make uncharacteristic changes to their estate plan. Any Last Will drafted within the last few months of a person’s life requires careful review.

If, shortly after a person has handed the reins of their financial life to another, using a Power of Attorney in any of its forms (Durable POA, Springing POA) and a new Last Will is created, a red flag should be raised, especially if the Last Will has been changed to benefit this person.

What if a person’s capacity was hovering near the borderline of capacity and incapacity? If a decedent’s mental capacity was questionable at the time the Last Will was executed, the Last Will may not be valid. A person with legal mental capacity must understand the assets they own and clearly understand to whom they are bequeathing assets. The standard for this issue is low, but if the decedent was suffering from a degenerative mental condition or a sudden onset of incapacity due to an illness or accident, the Last Will may be challenged.

If a layperson creates a Last Will or uses an online service to create it and the Last Will does not comply with the state’s estate laws, the Last Will may have technical issues rendering it invalid. When this occurs, it is as if there were no Last Will at all and the estate is distributed according to the laws of the state.

The biggest red flag is the presence of any large changes from the next to Last Will to the final Last Will, with no known reason for the change having been made. This may be a result of changes to mental capacity or undue influence of a third party. An experienced estate planning attorney is the best resource to create a Last Will. They will be among the first to ask why significant changes from a prior Last Will are being requested. 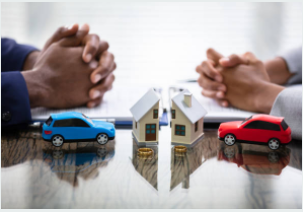 “The press has made much of the handwritten will that Larry King executed in the months before he died and in which he purports to change his prior will executed in 2015, to leave his estate equally between his children.”

The dispute over Larry King’s estate shines a harsh spotlight on what happens when an elderly person makes major changes late in life to his or her estate plan, especially when the person has become physically weakened and possibly mentally affected, due to aging and illness. A recent article from The National Law Journal, “Larry King Will Contest—Key Takeaways,” examines lessons to be learned from the Larry King will contest.

A handwritten will is most likely to be probated. King’s handwritten will was witnessed by two individuals and may rise to the standards of California’s rules for probate. California was likely King’s residence at the time of his death. However, even if King’s won’t satisfy one section of California estate law referring to probate, it appears to satisfy another addressing requirements for a holographic will.

Holographic will requirements vary from state to state, but it is generally a will that is handwritten by the testator and may or may not need to be witnessed.

The battle over the will is just a starting point. Most of King’s assets were in revocable trusts and will be conveyed through the trusts. He did not seek to revoke or amend the trusts before he died. News reports claim that the probate estate to be conveyed by the will is only $2 million, compared to non-probate assets estimated at $50 million—$144 million, depending upon the source.

Passing assets through trusts has the advantage of keeping the assets out of probate and maintaining privacy for the family. The trust does not become a matter of public record and there is no inventory of assets to be filed with the court.

Any pre- or post-nuptial agreements will have an impact on how King’s assets will be distributed. This is an issue for anyone who marries as often as King did. Apparently, he did not have a prenuptial agreement with his 7th wife, Shawn Southwick King. They were married for 22 years and separated in 2019. While Larry had filed for divorce, the couple had not reached a financial settlement. California is a community property state, so Southwick will have a legal claim to 50% of the assets the couple acquired during their long marriage, regardless of the will.

It is yet unclear whether there was a post-nuptial agreement. There are reports that the couple separated in 2010 after tabloid reports of a relationship between King and Southwick’s sister, and that there was a post-nuptial agreement declaring all of King’s $144 million assets to be community property. Southwick filed for divorce in 2010, and King sought to have the post-nup nullified. They reconciled for a few years and King was reported to have updated his estate plan in 2015.

The claim of undue influence on the will may not be easy to challenge. Southwick is claiming that Larry King Jr., King’s oldest son, exerted undue influence on his father to change the will. They were not close for most of Larry Jr.’s life, but in the later years of his life, King made a transfer of $250,000 to his son. Southwick wishes to have those transfers set aside on the basis of undue influence. She claims that when King executed his handwritten will, he was highly susceptible to outside influences and had questionable mental capacity.

Expect this will contest to continue for a while, with the possibility that the probate court dispute extends to other litigation between King’s last wife and his oldest son.

How Did Alzheimer’s Impact the Estate Planning of These Famous People?

“In honor of Alzheimer’s Awareness Month - and the more than five million Americans living with the disease - we highlight our Top 7 Celebrity Estates impacted by Alzheimer’s disease…”
Forbes’ recent article, “Top 7 Celebrity Estates Impacted By Alzheimer’s Disease” looks at seven celebrity estates that were affected by Alzheimer’s disease.
1. Rosa Parks. The civil rights icon died at 92 in 2005. She was suffering from Alzheimer’s disease. Legal battles over her estate continue to this day. Her estate plan left her assets to a charitable institution she created. However, her nieces and nephews challenged the validity of her will and trust, due to her mental deficiencies and allegations of undue influence. That claim was settled, but there have been fights over broken deals and leaked secrets, claimed mismanagement of her estate and assets, allegations of bribery and corruption and a battle over Rosa’s missing coat that she wore at the time of her famous arrest at the Alabama bus stop in 1955.
2. Gene Wilder. Wilder’s widow–his fourth wife, Karen–and his adopted daughter didn’t fight over Gene’s estate after he died, which shows good estate planning. Wilder makes the list because of how his widow used her husband’s struggle—which she kept private while he was alive—to bring attention to the terrible disease, including permitting his Willy Wonka character to be used in a campaign to raise awareness.
3. Aaron Spelling. The Hollywood producer left behind a reported fortune worth $500 million. His death certificate listed Alzheimer’s disease as a contributing factor. Spelling changed his estate plan just two months before he died, reducing the share to his daughter, actress Tori, and his son, Randy, to $800,000 each.
4. Etta James. Legendary blues singer Etta James passed away in 2012, at 73. Her family said she had been struggling with Alzheimer’s disease for several years, and her illness ignited an ugly court battle between her husband of more than 40 years and her son from a prior relationship, over the right to make her medical and financial decisions, including control of her $1 million account. Her husband, Artis Mills, alleged that the power of attorney she signed appointing her son as decision-maker was invalid, because she was incompetent when she signed it. Mills sued for control of the money to pay for Etta’s care. After some litigation, Etta’s leukemia was determined to be fatal, which led to a settlement. Mills was granted conservatorship and permitted to control sums up to $350,000 to pay for Etta’s care for the last few months of her life.
5. Peter Falk. The Lieutenant Columbo actor died at 83 in 2011, after living with Alzheimer’s disease for years. His wife Shera and his adopted daughter Catherine fought in court for conservatorship to make his decisions. Shera argued that she had power of attorney and could already legally make Peter’s decisions for him, which included banning daughter Catherine from visits. The judge granted Shera conservatorship, but ordered a visitation schedule for Catherine. However, a doctor, who testified at the hearing, said that Falk’s memory was so bad that he probably wouldn’t even remember the visits.
6. Tom Benson. The billionaire owner of the New Orleans Saints and Pelicans was the subject of a lengthy and bitter court battle over control of his professional sports franchises, and hundreds of millions of dollars of other assets. Prior trusts, that he and his late wife established, left the sports franchises and other business interests to his daughter and two grandchildren. One of granddaughters operated the Saints as lead owner, until she was fired by her grandfather. Tom decided to take the controlling stock of the teams out of the trust and substitute other assets in their place, taking over control of the teams. However, his daughter and grandchildren fought the move. A 2015 court ruling declared Benson to be competent, despite allegations he suffered from Alzheimer’s disease. Benson then changed his will and trust and left everything to his third wife, Gayle. They all settled the dispute in 2017, leaving other assets to the daughter and grandchildren—but ultimately leaving Gayle in control of the Saints and Pelicans, after Benson’s death in 2018 at age 90.
7. Glen Campbell. Campbell’s 2007 estate plan left out three of his adult children. They sued to challenge their disinheritance after he died. They dropped the case in 2018, without receiving a settlement. The fact that Campbell’s final will was drafted several years prior to his Alzheimer’s diagnosis was a critical factor in the outcome of the lawsuit.
The estate planning of these celebrities show the importance of proper estate planning, before it is too late. Wills and trusts that are created or changed after someone is diagnosed with Alzheimer’s disease, dementia, or similar conditions are more apt to be challenged in court.
Reference: Forbes (November 25, 2019) “Top 7 Celebrity Estates Impacted By Alzheimer’s Disease”