Is a Rollover IRA a Good Idea? 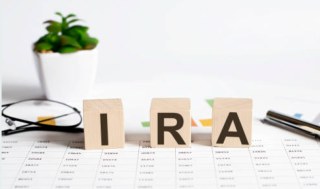 “With Covid-triggered changes in the economy and more people taking early retirement or changing jobs, there has been a surge in rollovers from 401(k)s to individual retirement accounts.”

In addition to an increase in rollovers, there has been an increase in the mistakes people make when transferring retirement funds as well, reports The Wall Street Journal in a recent article, “The Biggest Mistake People Make With IRA Rollovers.” These are expensive mistakes, potentially adding up to tens of thousands of dollars in taxes and penalties.

Done properly, rolling the funds from a 401(k) to a traditional IRA offers flexibility and control, minus paying taxes immediately. Depending on the IRA custodian, the owner may choose from different investment options, from stocks and bonds to mutual funds, exchange-traded funds, certificates of deposits or annuities. A company plan may limit you to a half-dozen or so choices. However, before you make a move, be aware of these key mistakes:

Taking a lump-sum distribution of the 401(k) funds instead of moving them directly to the IRA custodian. The clock starts ticking when you do what’s called an “indirect rollover.” Miss the 60-day deadline and the amount is considered a distribution, included as gross income and taxable. If you’re younger than 59½, you might also get hit with a 10% early withdrawal penalty.

There is an exception: if you are an employee with highly appreciated stock of the company that you are leaving in your 401(k), it’s considered a “Net Unrealized Appreciation,” or NUA. In this case, you may take the lump-sum distribution and pay taxes at the ordinary income-tax rate, but only on the cost basis, or the adjusted original value, of the stock. The difference between the cost basis and the current market value is the NUA, and you can defer the tax on the difference until you sell the stock.

Not realizing when you do an indirect rollover, your workplace plan administrator will usually withhold 20% of your account and send it to the IRS as pre-payment of federal-income tax on the distribution. This will happen even if your plan is to immediately put the money into an IRA. If you want to contribute the same amount that was in your 401(k) to your IRA, you’ll need to provide funds from other sources. Note that if too much tax was withheld, you’ll get a refund from the IRS in April.

Rolling over funds from a 401(k) to an IRA before taking a Required Minimum Distribution or RMD. If you’re required to take an RMD for the year that you are receiving the distribution (age 72 and over), neglecting this point will result in an excess contribution, which could be subject to a 6% penalty.

Not knowing the limits when moving funds from one IRA to another, if you do a 60-day rollover. The general rule is this: you are allowed to do only one distribution from an IRA to another IRA within a 12-month period. Make more than one distribution and it’s considered taxable income. Tack on a 10% penalty, if you’re under 59½.

August 31 – The Deadline for Rolling Back RMDs into Retirement Accounts

President Trump officially signed the CARES Act on March 27, 2020. The Act allows retirement plan owners to skip taking their Required Minimum Distributions (RMDs) in 2020, if they so choose. This is intended to benefit those who are in a good financial position and do not need to take their RMDs during these unsettling times. What about those who already had taken their RMDs for 2020?

This is the subject of a recent article titled “Don’t Miss the August 31 Deadline to Return 2020 Required Minimum Distributions” from The Street.

First, the IRS announced that anyone who had already taken RMDs before the CARES Act became law could return the funds to their retirement accounts. However, the window of time to return the withdrawn funds was pretty short—only 60 days.

Note: the repayment is not subject to the singular 12-month rollover limitation, also known as the “once-per-year rollover rule.” And the same repayment applies to beneficiary, or inherited, IRAs.

The ability to rollover funds back into tax-deferred accounts is a help on several different levels. One, the account owner does not have to pay income taxes on RMDs for the year (unless they were Roth accounts, which pay taxes on contributions and not withdrawals). Also, this spring was a rocky one for markets, and returning money into tax-deferred accounts gives the accounts a chance to recover from some significant market swings.

Speak with your estate planning attorney and financial advisor about your RMDs for 2020, and how the CARES Act RMD waiver may apply to your situation.

Are You Making the Most of the SECURE and CARES Acts?

“There have been several law changes that affect IRAs passed since December 2019.”

The SECURE Act made a number of changes to IRAs, effective January 1, 2020. It was followed by the CARES Act, effective March 27, 2020, which brought even more changes. A recent article from the Milwaukee Business Journal, titled “IRA planning tips for changes associated with the SECURE and CARES acts,” explains what account owners need to know.

Setting Every Community Up for Retirement (SECURE) Act

The age when you have to take your RMD increased from 70½ to 72, if you turned 70½ on or before December 31, 2019. Younger than 70½ before 2020? You still must take your RMDs. But, if you can, consider deferring any distributions from your RMD, until you must. This gives your IRA a chance to rebound, rather than locking in any losses from the current market.

Beneficiary rules changed. The “stretch” feature of the IRA was eliminated. Any non-spousal beneficiary of an IRA owner who dies after Dec. 31, 2019, must take the entire amount of the IRA within 10 years after the date of death. The exceptions are those who fall into the “Eligible Designated Beneficiary” category. That includes the surviving spouse, a child under age 18, a disabled or chronically ill beneficiary, or a beneficiary who is not more than ten years younger than the IRA owner. The Eligible Designated Beneficiary can take distributions over their life expectancy, starting in the year after the death of the IRA holder. If your estate plan intended any IRA to be paid to a trust, the trust may include a “conduit IRA” provision. This may not work under the new rules. Talk with your estate planning attorney.

IRA contributions can be made at any age, as long as there is earned income. If you have earned income and are 70 or 71, consider continuing to contribute to a Roth IRA. These assets grow tax free and qualified withdrawals are also tax free. If you plan on making Qualified Charitable Distributions (QCD), you’ll be able to use that contribution (up to $100,000 per year) from the IRA to offset any RMDs for the year and not be treated as a taxable distribution.

RMDs have been waived for 2020. This applies to life expectancy payments. It may be possible to “undo” an RMD, if it meets these qualifications:

Individuals impacted by coronavirus may be permitted to take out $100,000 from an IRA with no penalties. They are eligible if they have:

Keep careful records, as it is not yet known how any of these distributions/redistributions will be accounted for through tax reporting.