« How Does Probate Work? | Main | Can You Make Heirs Behave from the Grave? »

Mega-IRAs Could Be a Source for New Public Policies 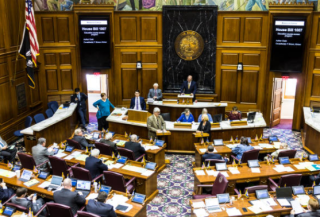 “Congressional Democrats are weighing a new type of required distribution from individual retirement accounts, based on the account value instead of age, according to a discussion list of policy ideas obtained by CNBC.”

There are few specifics but owners of “mega” IRA accounts worth more than $5 million might be presented with new withdrawal requirements, if legislation for a new national safety net becomes law. For a very small slice of the American population, IRAs have become million and even billion dollar tax deferred accounts, according to a recent article from CNBC titled “Democrats may change the rules for ‘mega’ IRAs over $5 million."

There are roughly two dozen tax categories being considered by Congress to help raise money for the expansion of the nation’s safety net, which for now is anticipated to have a $3.5 trillion price tag.

The policy concept was spotted on a draft of ideas lawmakers assemble before formally pitching the ideas before their colleagues. Floating game-changing ideas to gauge response is part of today’s legislative process.

The list didn’t include a specific amount but suggests a limit of $5 million. It also included information regarding the number of mega IRA accounts. Apparently, the number of IRA accounts worth more than $5 million has tripled in the past ten years.

In contrast, the average American’s IRA is valued around $39,000.

The idea is part of a broader theme of raising revenue from the wealthy to pay for social needs, like education, address climate change, assist working families with paid leave, childcare and other basic human needs.

It may have been sparked by a recent report that one of the founders of PayPal owns a Roth IRA valued at $5 billion. IRAs were created as a means of encouraging working Americans to save for retirement. However, they have become huge tax shelters for the wealthy.

More than 28,600 taxpayers owned IRAs worth more than $5 million in 2019, but they account for less than a tenth of 1% of the 70 million Americans who have a traditional or Roth IRA. The mega accounts add up to $280 billion, or about 3% of the total $8.6 trillion owed in IRAs.

Limiting the size of tax-deferred retirement accounts isn’t new. Several attempts have been made to cap the amount in IRAs or change distribution rules.

The final legislation may not be known for some time, but one response to this proposal would be to convert traditional IRAs to a Roth. Paying taxes at the time of the conversion, even if done over time, could be useful to eliminate having to pay taxes on the funds, if withdrawal rules change. In addition, there are no Required Minimum Distributions (RMDs) on Roth IRAs, so funds can grow tax free for the life of the owner.