« What are the Basics of a Successful Estate Plan? | Main | How to Keep the Vacation Home in the Family » 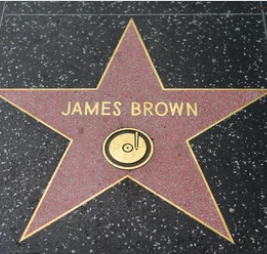 “The family of entertainer James Brown has reached a settlement ending a 15-year battle over the late singer’s estate, an attorney involved in the mediation said Friday.”

The fighting over Brown’s estate has been going on since he died 15 years ago on Christmas Day at age 73. A series of bizarre events followed, says the Associated Press in the article “Family of James Brown settles 15-year battle over his estate.” They included photos of a woman who claimed to have been married to Brown being locked out of his home, sobbing and rattling the iron gates to his estate.

James Brown was known for his flashy performances and iconic chart-topping hits, like “I Feel Good,” “A Man’s World,” “Pappas Got a Brand-New Bag,” and many more. Unfortunately, he was plagued by drug problems and mismanaged finances, which shrank his estate.

More than twelve lawsuits were filed by people trying to establish claims to his assets. Courts estimates of his net worth range from $5 million to more than $100 million.

The battle was gruesome from the start, since it wasn’t just about money. Brown’s family fought over what was to happen with his body. His remains, inside a gold casket, were in a funeral home in cold storage for more than two months, until this issue was resolved.

Brown was eventually interred in Beech Island, South Carolina, at the home of one of his daughters. The family had plans to create a shrine to him, using Elvis Presley’s Graceland as a model, but the idea never became reality.

In 2020, the South Carolina Supreme Court ruled that Tommie Rae Hynie, the woman who claimed to be his wife, had never been legally married to Brown and had no claim on his estate. Justices also ordered a circuit court to proceed with probating Brown’s estate, following the directions of his estate plan.

Brown’s estate plan outlined plans for a trust to be created to use his music royalties to fund educational expenses for children in South Carolina and Georgia.

There had been a 2009 settlement plan that would have given almost half of his estate to a charitable organization, a quarter of his estate to Hynie and the rest to be divided among his adult children. That settlement was overturned in 2013, with a judge saying the settlement did not follow Brown’s wishes for most of his money to go to charity.

A professional manager had been brought in to take control of Brown’s assets from the estate’s trustees to settle his debts.