Prince’s Estate Hits the IRS with a Million Dollar Lawsuit 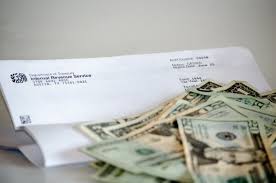 “Prince’s sudden death in 2016 triggered numerous court proceedings. First, probate documents had to be filed in court because Prince died without a will.”

Filing probate documents was just the beginning of a process that still hasn’t ended the bad news from the Prince estate. He did not have a spouse or children, but Prince had half-brothers and half-sisters, says a recent article from Forbes titled “Prince’s Estate Sues IRS Over Claimed $135 Million Tax Value.” There were a number of claims against the estate, and claims by the estate as well, including a wrongful death action that was eventually dismissed.

However, just like anyone else who dies without a will, probate takes a long time and is expensive. Things also get complicated quickly, especially with an estate of this size.

One of Prince’s half-sisters, Tyka Nelson, sold a portion of her share of the estate to Primary Wave, a music publisher. So did another sibling. And then the tax troubles began. Cash poor or not, estates must pay a federal estate tax of 40%. A federal estate tax return needs to be filed, and while audits are rare, almost every estate of this magnitude is audited by the IRS. The estate reported a taxable value of $82 million, but the IRS isn’t satisfied.

Estate tax fights with the IRS can go on for a long time. Michael Jackson’s estate battle with the IRS is still going on—and he died in 2009.

Papers filed by Prince’s estate in the U.S. Tax Court show that the estate reported a taxable value of $82 million, but the IRS claims that the value is really $163 million and wants an additional $38.7 million. In every case, Prince’s estate has obtained appraisals to support its reported values, but the IRS has its own appraisers who disagree.

Even if Prince had a will, there still could have been problems. Heath Ledger had a will, but it was five years old when he died and there was no provision made for his daughter. James Gandolfini had a will, but his estate gave the IRS $30 million of his $70 million. These stories make estate planning attorneys cringe. Seymour Hoffman, Heath Ledger, and James Gandolfini’s estates all ended up with wills in probate, which is public, expensive, time-consuming, and unnecessary. A will does have to go through the court process, but the use of a revocable trust could have disposed of their assets outside of probate. A simple pour-over will would have given everything to the revocable trust, simply, and privately in terms of the ultimate inheritance disposition.

Estate planning attorneys advise clients to update wills and trusts every time there is a birth, marriage, divorce, etc. It is good advice for both celebrities and regular people.
You can give an unlimited amount to your spouse during life or on death. Prince’s estate may face a 40% estate tax, but if he had been married and left his estate to his spouse, there would not have been any federal estate tax until the death of the spouse.

A lesson for the rest of us: have an estate plan, including a will, and make sure that it includes tax planning.