« What Will New Acts of Congress Mean for Stretch IRAs? | Main | What Do I Need in My Estate Plan in Addition to a Will? »

What Was in Comedian Rip Taylor’s Will? 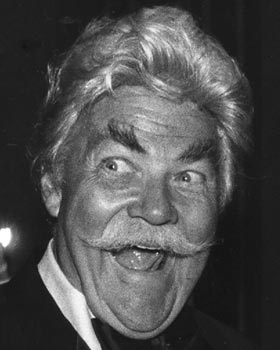 “Rip Taylor, known as the “King of Confetti” and “The Crying Comedian,” who became an icon of 1970s game shows with his outrageous, flamboyant style and fondness for confetti, has died at the age of 84.”

Taylor was known for dousing his audience with buckets of confetti. Anyone attending a Rip Taylor performance expected to be wearing confetti by the end of it.

Born Charles Elmer Taylor on January 13, 1935, in Washington, D.C., Taylor became a regular on game shows like Hollywood Squares, late-night TV shows and sitcoms. He launched his own show, The $1.98 Beauty Show, designed to be a parody of beauty pageants, in the 1970s.

Wealth Advisor’s recent article asks pointedly: “Rip Taylor net worth: How much was he worth when he died?” The article notes that Taylor’s career spanned more than 40 years, first trying comedy after serving in the Korean War. When he enlisted in the U.S. Army, he was sent to the Signal Corps but wound up in special services, where he entertained the troops in Tokyo and Korea.

His first role was as a voice actor for The Jetsons TV series in 1962. In 1963, he made his first national television appearance on The Ed Sullivan Show, where he earned the nickname the crying comedian, as he pretended to cry on stage imploring the studio audience to laugh at his jokes.

“I sat on a stool telling jokes, and nobody was laughing,” he said during an interview with UPI in 1992. “In desperation, I pretended to cry as I begged them to laugh. That killed ’em.”

Throughout his career, Taylor made as many as 2,000 guest appearances on shows like Match Game, The Gong Show and Super Password.

Taylor also appeared in Tom and Jerry: The Movie, Scooby Goes Hollywood, The Brady Bunch Hour and To Tell The Truth.

With his long and successful career, the actor and comedian managed to earn a good amount of money doing what he loved.

According to CelebrityNetWorth, at the time of his death, Taylor’s net worth was believed to be approximately $3 million.

Reference: Wealth Advisor (October 14, 2019) “Rip Taylor net worth: How much was he worth when he died?”