« Will Veterans Get a Cost-of-Living Increase? | Main | What Can You Tell Me About a Special Needs Trust? »

What Should I Know About Getting Veterans’ Disability Benefits? 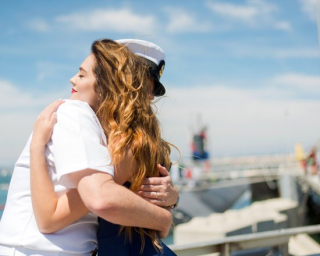 “Military personnel make many sacrifices to protect our country, sometimes giving their lives. Veterans often give up their good health, even after they return home.”

Individuals who have medical conditions from service are eligible for disability benefits. However, there are a number of myths that make many veterans reluctant to claim them. The process of receiving benefits is also lengthy, confusing and—at times—discouraging.

patch.com’s recent article, “What Every Vet Should Know About Receiving Disability Benefits,” tries to dispel the myths and explain five facts that every veteran should know about disability benefits.

Although the process of fighting for disability benefits can be discouraging, veterans deserve these benefits. They earned them and deserve compensation for their duty to their country.

Reference: patch.com (October 7, 2019) “What Every Vet Should Know About Receiving Disability Benefits’