« What Types of Senior Care is Available for Veterans? | Main | How Does a Federal Court Decision on The Department of Veterans Affairs Impact Vets? »

What are the Advantages of a 457(b) Retirement Plan? 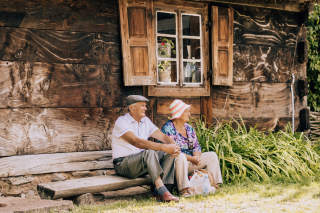 “Like its better-known sibling—the 401(k)—a 457(b) retirement plan is a tax-advantaged way to save for retirement. However, the 457(b) is designed especially for employees of state and local governments, as well as a few tax-exempt organizations. (If you’re employed by the federal government, however, you have access to a thrift savings plan rather than a 457(b) plan.)”

A 457(b) is similar to a 401(k), in that it lets employees deposit money in a special retirement account that provides tax advantages, letting savings grow tax-free over time. You can only defer a certain dollar amount each year, and the amount you can defer is linked to the cost-of-living (indexes), like the 401(k). Similar to the 401(k) program, which has both a pre-tax and an after-tax Roth version, 457(b) plans may also offer these two versions of the retirement plan.

The major difference between the two is that the pre-tax plan lets you contribute money and take a tax deduction today, and then at retirement you’ll pay taxes when you take money out of the account.  However, the Roth version of the 457(b) lets you put in money after-tax–paying taxes on the contributions today–but you won’t have to pay tax on any withdrawals at retirement.

A key difference in 457(b) plans is that 457(b) plans also may allow employees to save extra money, beginning three years before the “normal retirement age” (which is specified in the plan). In each of those three years, employees can contribute twice the normal elective deferral limit or the sum of the current year’s ceiling, plus unused portions from prior years, whichever is less.

When it comes to withdrawing funds early, 457(b) plans make it difficult to withdraw money in an emergency. A 457(b) plan can only make hardship distributions, if the participant has no other resources available. Then, if you take a distribution from the 457(b), you’d be required to stop making deferrals for a certain period of time.

In a 401(k) plan, if you needed money to buy a house or to pay tuition for a dependent, you could. However, in the 457 plan, those kinds of foreseeable withdrawals aren’t permitted. It must be something catastrophic. The distributions to workers who retire early are less taxing. Those distributions before age 59½ from 457(b) plans aren’t subject to the 10% penalty that 401(k) plans are.

Even if you have any of these accounts, you can still start an IRA, which provides more retirement benefits.