How Will the Secure Act Changes IRAs and RMDs? 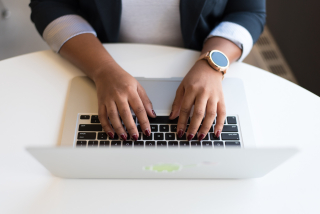 “The legislation may shake up the rules for IRA contributions and required minimum distributions and upend many retirees’ estate plans.”

The House has passed what could be a landmark retirement law that will impact workers, retirees and heirs. Some of the most important provisions will modify existing retirement plans.

Kiplinger’s recent article, “Secure Act Calls for Changes to IRAs, RMDs,” reports that IRA owners should understand some of the key provisions of the bipartisan Setting Every Community Up for Retirement Enhancement Act of 2019. This bill passed the House in a 417-3 vote and is now in the Senate’s hands.

The three changes that are discussed below will go into effect after December 31, 2019, provided the House bill is enacted as written

An Increase in the RMD Age. The House bill increases the starting age for required minimum distributions (RMDs) from retirement accounts to 72, from 70½. That’s a win for older workers and retirees, who don’t need to tap their retirement accounts to cover expenses. Because the change would be effective after December 31, 2019, people who turn 70½ in 2020 would be the first to benefit. IRA owners currently taking RMDs wouldn’t be impacted.

The Loss of the “Stretch IRA.” Although the Act may benefit some retirement account owners, it’s not so nice to non-spouse heirs. The bill would get rid of heirs’ ability to stretch out RMDs from inherited retirement accounts over the non-spouse heirs’ own life expectancies. This currently allows more of the money to grow tax-deferred and lessens the heirs’ income tax bill. However, the Act would require inherited assets to be withdrawn within 10 years. Beneficiaries of larger accounts could have much bigger IRA withdrawals, as well as larger tax liabilities, than they’d anticipated.

This change will require some additional estate planning for many IRA owners. Heirs will need to review their tax-planning strategies, if they receive a windfall. Repealing the age cap on contributions and raising the age for RMDs could be beneficial to some, but retirees would have to weigh that with accumulating too much in an IRA. The loss of the stretch could make Roth accounts more attractive, because heirs can withdraw Roth money tax free.