« Should I Buy T-Bonds for My Retirement Portfolio? | Main | Do I Need a Spendthrift Trust for a Relative? »

How Can I Sell My Recently Departed Parent’s Home Without a Hassle? 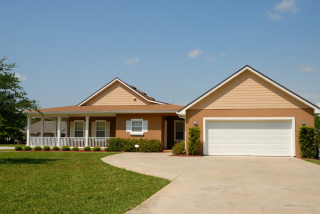 “Before Ashley Carlson’s father died of cancer in 2016, her only experience navigating the real estate world was finding a place to rent in San Francisco. As executor of his will, Carlson had to clean out and sell his home and a cabin in the mountains—both a couple of hours from where she lives.”

Much of the work fell on Carlson, then 28, since the other beneficiary was her older sister, who lives in New York City.

The Philadelphia Inquirer’s recent article, “With proper planning, selling a parent’s house can be a relatively painless process—or not,” says that after finding a real estate agent with estate sale experience, she learned about probate, as well as the local building codes and repairs that needed to be made.

She was even tasked with telling her father’s friend, who’d been bunking in the cabin, that he’d have to move out.

Coping with a death of a parent is challenging enough, but selling their home can be extremely stressful for children. It’s even worse, if they die without a will. Grieving family members may be ill-equipped to make decisions, and a home can fall into disrepair. Siblings may also have emotional attachments to it and unrealistic expectations about the sale price.

The job can be difficult and long or relatively easy. It depends in large part on the heirs’ ability to ask for help and hiring a professional who knows the local housing market. Experts say the sooner the process starts, the better. Parents can also take actions while they’re alive to help avoid complications. This discussion may be difficult and awkward, but it’s worth it to be informed, so adult children are not scrambling while grieving. Here are some helpful tips:

A big deterrent to selling a parent’s house is typically the emotional attachment of the children.  Experts say that while cosmetic fixes can pay off, more substantial improvements generally don’t.

There are also estate, inheritance, and income taxes that can impact the net sales proceeds. There’s a benefit to selling an inherited property, because when a property is inherited after a death, the property value is “stepped up” to fair market value at the time of the owner’s death.

Reference: The Philadelphia Inquirer (June 22, 2019) “With proper planning, selling a parent’s house can be a relatively painless process—or not”