« What’s a “Baby-Nup” and Should I Have One? | Main | Please Welcome Annalise Kapusta! » 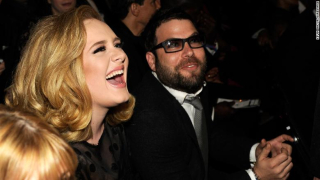 “When the news hit that Adele was ending her 7-year marriage to her partner, Simon Konecki–the world was shocked. The notoriously private singer has kept her relationship under wraps–so the world just assumed that she and Konecki were raising their son and living out the dream away from the spotlight.”

Fans were shocked to hear the news of the split over Easter weekend. The singer’s rep announced that she was ending her marriage. The rep’s statement said “Adele and her partner have separated. They are committed to raising their son together lovingly. As always, they ask for privacy. There will be no further comment.”

According to several media sources, it’s thought that the couple didn’t sign a prenup, when they married in 2011. If they opt to file for divorce in the state of California, since that’s where they own property and Konecki’s business has a base of operations, he may be entitled to as much as 50% of Adele’s earnings.

Adele has appeared not to care much about money. In 2016, she told Vanity Fair, “I don’t come from money. It’s not that important a part of my life.”

However, because she and Konecki have been married for seven years, half of her earnings since 2012 could be at stake, especially if no prenup was signed. A prenuptial contract is a written agreement between two people who are about to marry that sets out the terms of possession of assets, treatment of future earnings, control of the property of each and potential division, if the marriage later ends in divorce.

Experts say that what was made during the marriage will probably be divided on an equal basis.

Since both Adele and Konecki are extremely low-key and focused on their son, there’s little evidence that their divorce will turn acrimonious.

An insider told People, “Adele’s son is everything to her. Her whole life revolves around him. I just can’t see her divorce getting messy, because she’s so careful when it comes to her son. She’s always five steps ahead, in terms of how a decision will affect him.”