« How Do I Make the Right Estate Planning Moves When I Divorce? | Main | How Do I Cash in My Life Insurance Policy? »

Are You Prepared for Retirement? 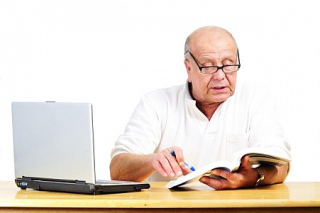 “This is one big thing that boomers should be planning for when they get older—but most aren’t.”

MarketWatch’s recent article, “Baby boomers are more prepared for death than they are for their own lives” explains that more than eight in 10 middle-income boomers have made at least one formal preparation for when they die. This includes preparing a will or detailing their funeral preferences, according to a study released by the Bankers Life Center for a Secure Retirement. However, just 32% have a plan for how they will receive care, should their health fail in retirement. Only 20% have long-term care savings, and 30% have less than $1,000 saved for emergencies, like a healthcare issue. Most aren’t all that worried about it, since 40% of middle-income boomers say that retirement care planning is a low priority or not a priority whatsoever.

Even so, the reality is that failing health is likely to affect most of us, often to a point that we’ll need to get a caregiver or even go into a nursing home. According to the Family Caregiver Alliance, 69% of people 65 and older will have disabilities before they die, and 35% will enter a nursing home. Therefore, why are boomers so resistant to planning for the care they might need in life? Perhaps it’s a topic that makes people uncomfortable because they don’t know where to start.

Of those who don’t have a retirement care plan, 32% responded that they needed advice but didn’t know who to trust, and 21% said that planning was too complicated. Others said it was too hard to talk about (20%), while 16% reported that they believe a plan isn’t needed.

Many people are also unaware of the fundamental facts about Medicare and paying for retirement care. About 56% mistakenly think they’ll use Medicare to pay for care, even though it typically doesn’t pay for long-term care, like a nursing home. If you factor in their lack of preparation, 81% of boomers underestimate the cost of nursing home care. However, whatever the reasons, it’s vital to plan for caregiving, so that our wishes can be honored, and we can afford to pay for the care we’d like. Let’s look at how to do this.

Draft an advance directive, which details your medical wishes, if you become unable to voice those wishes for yourself. You can also name someone else to make the decisions on your behalf, if you’re unable to do so.

Think about how you’d afford long-term care, if required. Long-term care insurance may cover the nursing home, assisted living or in-home-care costs that Medicare won’t, but it can be costly. It also has limitations, like possible specifications that may require you to be in a very high-level assisted living or nursing home, before the policy starts.

Save for medical costs—not including long-term care—in retirement. The average couple will need $280,000 in today’s dollars for medical expenses in retirement. That doesn’t include the costs of long-term care. You could put the money in an HSA. If you’re still working and your job offers an HSA-eligible health plan, you’re eligible to contribute to a health savings account (HSA). An HSA allows you save pretax dollars (and possibly collect employer contributions), which have the potential to grow and be withdrawn tax free for federal tax purposes, if used for qualified medical expenses—currently or in retirement.

Finally, stay as healthy as you can.

Reference: MarketWatch (March 15, 2019) “Baby boomers are more prepared for death than they are for their own lives”