« How Did Designer Karl Lagerfeld Arrange for His Cat in His Estate Plan? | Main | Should I Designate a Trust Instead of an Individual as a Beneficiary of my IRA? »

What Are The Details on Bernie Sanders Estate Tax Bill? 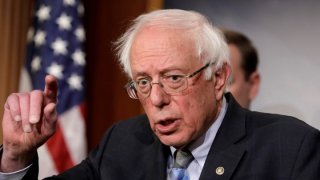 “Sen. Bernie Sanders, I-Vt., has introduced a bill that would re-establish the threshold of the estate tax at $3.5 million and set the top taxation rate as high as 77 percent.”

Senate Bill 309 was introduced by Senator Bernie Sanders in January. It is also called the "For the 99.8 Percent Tax." The proposed legislation would establish a tax of 45% of the value of estates valued between $3.5 million and $10 million.

"At a time of massive wealth and income inequality, when the three richest Americans own more wealth than 160 million Americans, it is literally beyond belief that the Republican leadership wants to provide hundreds of billions of dollars in tax breaks to the top 0.2 percent," Sanders said in a statement accompanying the introduction of S. 309.

"Our bill does what the American people want, by substantially increasing the estate tax on the wealthiest families in this country and substantially reducing wealth inequality," he said.

Since 2017, the estate tax exemption has been $11.4 million for individuals and $22.8 million for couples. However, that rate is scheduled to expire at the end of 2025.

Sanders’ bill seeks to limit estate planning techniques that help small business owners keep their businesses in the family, such as gifts of interest in a family business to younger family members, says opponents.

The bill would also be inherently unfair to small businesses, even more so than current estate tax law, one association said.