« Do I Have to Pay Inheritance Taxes in New Jersey? | Main | What Do Parents Need to Know About Writing a Will? » 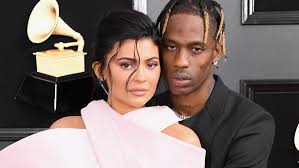 “Rumors swirled about the possibility of Houston-born rapper Travis Scott, 26, asking his girlfriend, Kylie Jenner, 21, to marry him during his half time performance at Super Bowl LIII.”

A recent article in the Houston Chronicle asks “Did Kylie Jenner make Travis Scott sign an ironclad prenup before saying I do?” According to the article, Scott, whose Super Bowl appearance was brief, didn’t pop the question while onstage in Atlanta at the Super Bowl.

However, after the Super Bowl ended, La Flame ignited a storm on social media, by posting a photo of Jenner wearing what appears to be an engagement ring.

While it’s not certain that the big question was asked and answered, it’s almost certain that before it happens, Scott will be signing a prenup agreement from Jenner, who is worth nearly a billion dollars, according to Forbes.

A prenuptial agreement or "prenup" is an agreement signed before marriage that establishes the property and financial rights of each spouse in the event of a divorce.

In Touch magazine says there is a prenup that includes a gag clause forbidding Scott from talking to anyone about Kylie or the rest of the Kardashian family.

The prenup also allegedly obligates Scott to appear in episodes of the reality TV show, "Keeping Up With the Kardashians," and participate in family vacations and holiday cards, according to the publication.

"He's signed his life away, basically ... or any chance to stake a claim in Kylie's empire, that's for sure," In Touch reported.

Scott's hesitation to sign the paperwork is said to be the reason why the couple has yet to get engaged. The magazine also reported that the prenup was "crucial before any formality."