« What Should I Know About Buying a Vacation Home on the Beach? | Main | What Do I Need to Know About an Inherited IRA? »

What Odd Things are Connected to Dementia? 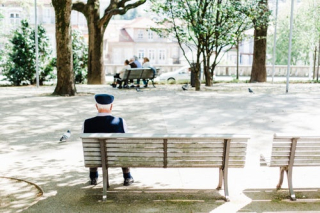 “Dementia is an umbrella term used to describe diseases associated with memory loss, like Alzheimer's disease. There are several things that are commonly known to lead to it, such as high blood pressure or a traumatic brain injury. However, as fairly recent research has found, there are also some pretty unexpected things that are linked to dementia as well.”

The Alzheimer's Association found that 5.7 million Americans are living with the disease. Every 65 seconds, someone in the U.S. develops Alzheimer's or another type of dementia.

Bustle’s recent article, “7 Weird And Surprising Things Linked To Dementia” reports that Dr. Luqman Lawal, MD, remarked "Dementia occurs when once-healthy neurons in the brain stop working, which results in a loss of cognitive functioning. This lack of ability to problem solve and remember things that have happened to them, affects their everyday routine."

In addition to memory loss, those with some form of dementia may experience other symptoms like an inability to focus, an impaired sense of judgment and an inability to problem solve. Others may have issues with communication. There are several different studies that have examined possible causes. Here are some of the most surprising things that have been linked to dementia, according to recent research:

Hearing Loss. A long-term study released in early 2018 found a "strong link" between hearing loss and dementia in seniors. About 33% of participants who experienced hearing loss were found to be more likely to have other major health issues like depression, disability and dementia.

Herpes. A study from Frontiers in Aging Neuroscience found connections between herpes simplex virus type 1 (HSV-1), which often causes mouth sores, and Alzheimer’s disease. Those with the herpes virus were 2.5 times more likely to develop dementia, than those who didn’t. Researchers also discovered that people infected with HSV-1 carry a specific gene associated with Alzheimer’s disease, ApoE4—known to increase the risk for getting the disease.

Constantly Feeling Sleepy During The Day. A 2018 study found links between sleep disturbances and Alzheimer’s disease. Feeling excessively sleepy during the day is a common symptom of several sleep disorders, such as insomnia or sleep apnea. The study said that those who often felt sleepy during the day. were three times more likely to show signs of Alzheimer's disease in the brain.

Taking in Too Much Sugar. A 2018 study published in the journal Diabetologia looked at more than 5,100 adults over 10 years and found that those who had higher blood sugar levels had faster rates of cognitive decline than those with more normal levels.

Air Pollution. A 2017 study from the University of Southern California found connections between air pollution and dementia in older women. Tiny air pollution particles, which mostly come from power plants and cars, can get inside the body via the nose and then travel into the brain. Breathing in toxins can increase inflammation in the body. Research said that if a person had the Alzheimer's gene, excessive exposure over time to those toxic particles can "exacerbate and promote" the disease. The adverse effects were found to be much stronger in older women who had the gene. More research still needs to be performed. However, if it’s confirmed that air pollution causes dementia, it may the cause for over 20% of dementia cases.

Sense of Smell. A 2016 study found a connection between a person's sense of smell and Alzheimer’s disease. Participants who were unable to correctly identify certain odors like menthol, strawberry and lemon, were the people who were at risk for having the disease. Researchers believe that a person’s poor sense of smell can possibly be an early indicator of Alzheimer's disease.

Loneliness. A 2018 study published in the Journal of Gerontology: Psychological Sciences looked at data of over 12,000 people over 10 years. The researchers found that those who reported to having greater feelings of loneliness, were 40% more likely to get dementia. While there's no one clear explanation as to why, researchers believe some people may cope with feelings of loneliness by behaving in ways that can damage the brain, like binge drinking or being sedentary.

Again, these studies show possible links to dementia—it doesn't mean these things can cause it.

Dr. Lawal says, there are several actions you can take to limit your risk. "Don't smoke, protect yourself against concussions when participating in high-impact activities, don't over-consume alcohol, stay active and eat a balanced diet," he says.

Try to live a healthy lifestyle, to the best of your ability.