« Virginia County Stepping Up Fight Against Elder Abuse | Main | Are You Planning Your Retirement Backwards? » 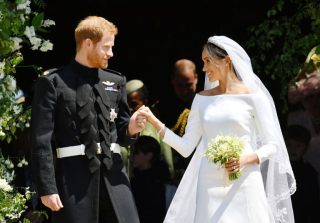 “According to palace insiders, Queen Elizabeth was adamant that the 36-year-old Duchess of Sussex sign a prenuptial agreement before she married Prince Harry, in order to protect his $500 million fortune.”

People all over the globe watched the festivities as American actress Meghan Markle and Prince Harry said their “I do’s” at Windsor Castle near London, England on May 19.

Everyone acknowledges it was the wedding of the year, but now word is out that the groom’s grandmother, Queen Elizabeth was thinking about estate planning, as well as how the bride would look on her special day.

Yahoo’s report, “The Queen 'asked Meghan to sign a $500m prenup' before marrying Prince Harry,” noted that according to palace insiders, Queen Elizabeth insisted that the 36-year-old Duchess of Sussex sign a prenuptial agreement, before she married Prince Harry. This was to protect his $500 million fortune.

Meghan starred on the USA Network series, Suits, for many years, before falling in love with the 33-year-old Prince. She’s said to have been “only too happy” to sign the prenuptial agreement.

Meghan’s only request was that she didn’t want the Queen to discuss it with any other senior royals, like Charles and William. She wanted it confidential.

A prenuptial agreement (or "prenup" for short) is a written contract signed by the bride and groom before they’re married. This agreement typically lists all of the property each person owns (as well as any debts) and details what each person's property rights will be, if the marriage ends in divorce.

“She doesn’t want anyone thinking that she’s entered into the marriage with bad intentions, especially the Queen,” the insider told New Idea.

A royal insider told Star magazine that when Harry and Meghan moved into the antechamber before the ceremony at St. George’s Church to sign the marriage registry, they also signed the prenup.